This year in summer we have been working on new brand and new Skipper website. We are quite satisfied with the result of our work, however, we knew that Skipper Documentation and Support site would deserve the same re-design. In last few weeks we made also these changes and even more than that. Keep reading to get know what else has been changed. 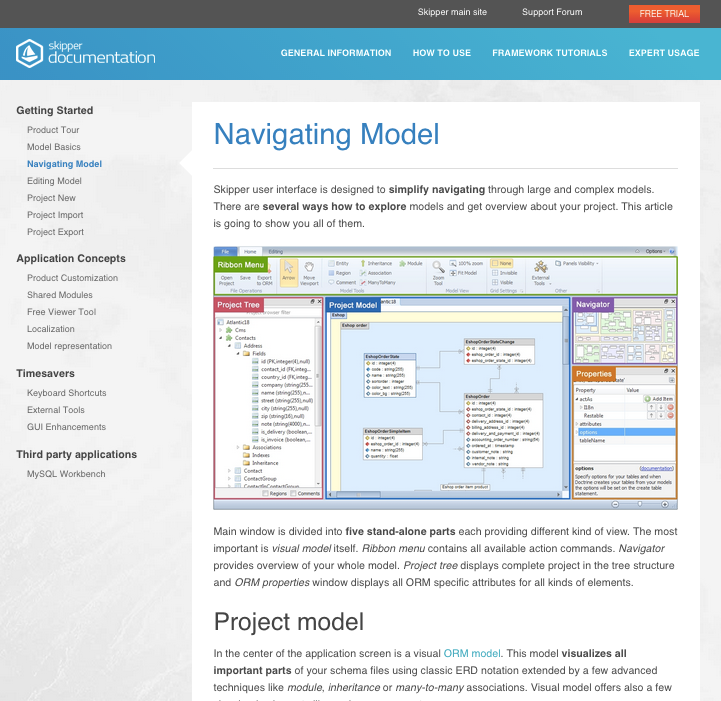 The Documentation has get new visual style corresponding with the main Skipper website. In our opinion, now it looks much more better than it was.

Besides that, we added new articles to Expert Usage section. (And many new articles will also arrive with prepared MongoDB support.)

Last but not least, basic topics in How to Use section were extended by new explaining video tutorials which, as we hope, help newcomers to start using the application simply and quickly. 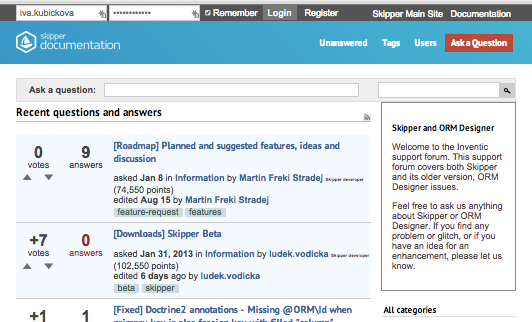 Skipper Support Site has also get a new visage. We used similar visual elements to link the Support Site with the Documentation. As it is strongly utilized by its users, the functionality remains unchanged.

So what do you think? Do you like our new Documentation and Support Site appearance?