Skipper, successor of ORM Designer visualization tool was released by Inventic on June 30, 2014. Skipper is a powerful visualization tool, schema designer and a code generator for PHP ORM frameworks. It can import schema definition files to visual diagram, and continually export changes from this diagram back to the ORM definitions. 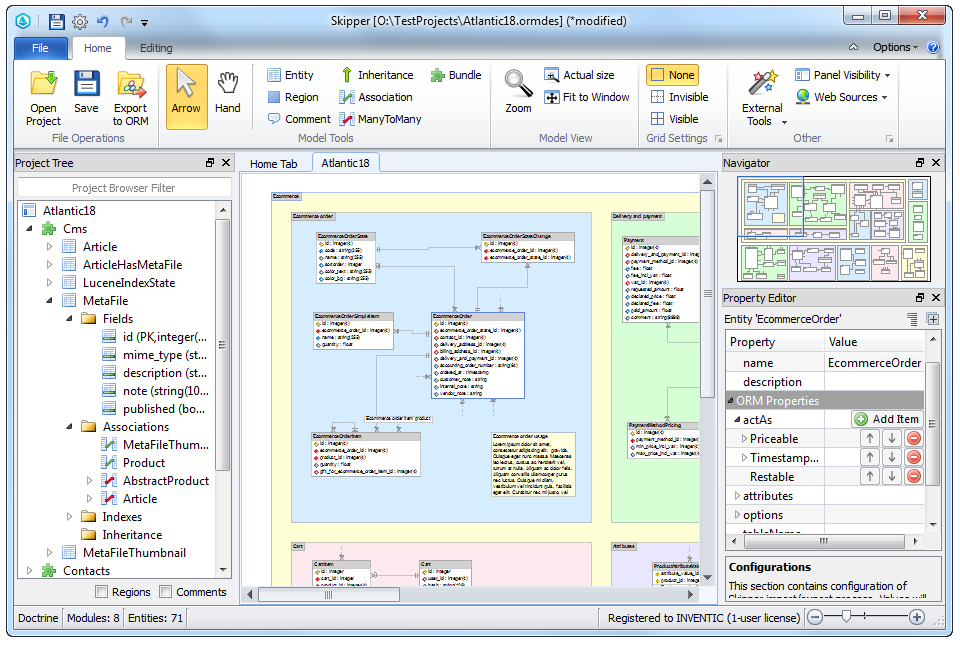 Skipper allows to edit in visual model all ORM elements like entities and relations, but also advanced objects like inheritances and all ORM properties supported by respective framework. You can quickly locate any object in the visual model, perform necessary changes directly in the diagram and see the changes in the model logic straight away. Powerful export function translates all changes to the definition files in a standardized format, quickly and without errors. 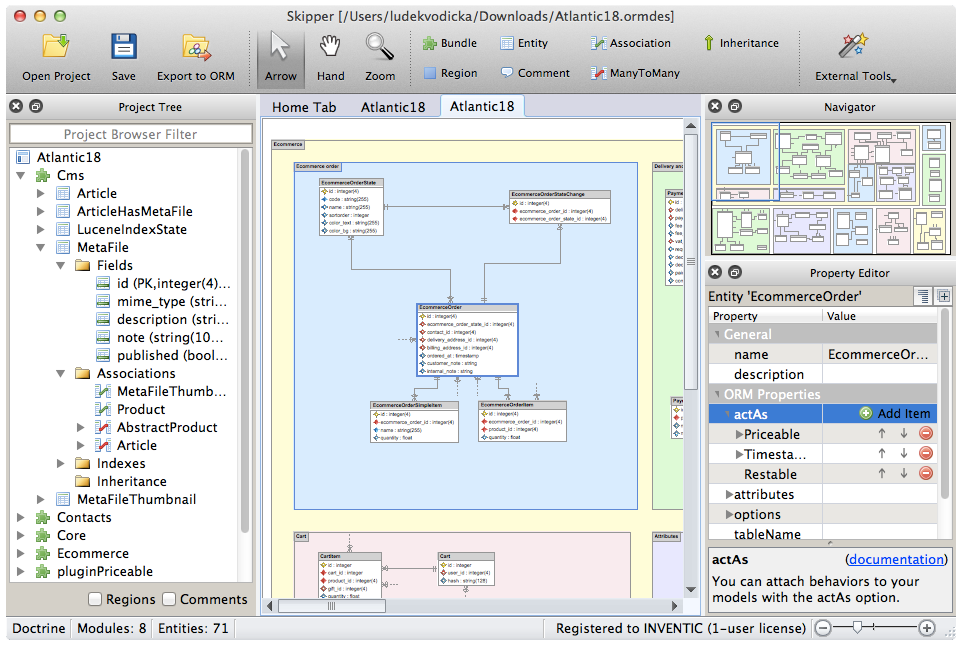 As the previous versions, Skipper is intended for ORM developers using frameworks Doctrine, Doctrine2, Propel or CakePHP. The definition files can be formatted as annotations, YAML or XML, based on the framework used. The main improvements over ORM Designer 2 is better and more streamlined GUI, updated ORM definitions for import/export, and better reporting of changes. Several more enhancements like Undo/Redo, Print support or native OS X visuals will also make developers’ work easier.

Skipper is available for all ORM Designer 2 users with active maintenance, and for owners of newer versions, the upgrade can be handled by automatic update system. Projects made in ORM Designer 2 are fully compatible with Skipper.