Patrick Paechnatz was so kind to write his opinion on ORM Designer. Since original is in German, we got to work again, to deliver his review even to those more versed in English.

In the course of an extensive implementation of ORM entities for a customer project I have been looking for an easy object relation ERD design interface, when I become aware of ORM Designer from Inventic ltd.

Without even looking at the license/pricing model, I have started my initial evaluation on the  14 days offered trial mode. To jump a bit ahead of my review, the application is really solid - even though one or two design weakness would have to be corrected (which should be done soon in the current frequency of updates). But now to the actual test-review:

ORM Designer 2 provides a simple yet comfortable working environment for planning, creating, managing, and exporting from ORM frameworks à la CakePHP, Doctrine 1.2+, Doctrine 2. and Propel. The application provides the user with an intuitive interface for creating and managing the object-structures together with all the framework specific object properties and special features (e.g. sf2/Doctrine 2 lifecycle callbacks) to cover the entire ORM export/import scope of relational database. In addition to the standard annotation-based classes format ORM Designer offers two additional export formats, yaml and xml. All known ERD relations models (one-to-one, one-to-many (many-to-one), many-to-many bi- and unidirectional) can be classified according to the official ERD notation quickly and comfortably using the respective properties implemented directly in the object editor. Not only clean code generation and the export into any structure elements but also the easy import of already existing, externally generated ORM structures and the processing of these objects including recognized relations is (in my opinion) a great advantage over other object designers.

I could see the application tested intensively under production conditions and I am thrilled. The ORM structure generation was so quick and yet framework-specifically detailed that I did not think it is possible until then. Questions about the software are usually answered in a very short time by email, a few functionialities that i thought were missing finally became clear to me after explanation from orm support team. This is also a small weakness of the otherwise well-structured ORM Designer 2 - “hidden features”: let’s take a look for example at ”unidirectional many-to-one“ this can only be changed from (default) “bidirectional” in the desired “unidirectional” relation, if the alias of “owner” or “inversedBy” Entity is deleted manually.

Another major advantage is provided by the already mentioned graphical development approach of the application and the extensive and detailed export functionality of the generated ORM entities. By the development team mentioned claim of 70% productivity jump is in my opinion set too high, but I can in good faith confirm it to double the working speed during the planning and the first realization of project. Moreover, developers of ORM Designer 2 seem to work intensively on additional features and improvements. During my testing phase 2 features updates were provided, one feature I requested was added directly to the planning list for the next update and a bug I noticed was fixed.

We would like to thank Patrick for positive evaluation of our tool, improvements he proposed are on our to-do list and we plan to work on them. To read the original text in German, please head here: http://confluence.dunkelfrosch-it.net/display/PUB/2014/03/07/ORM+Designer+2 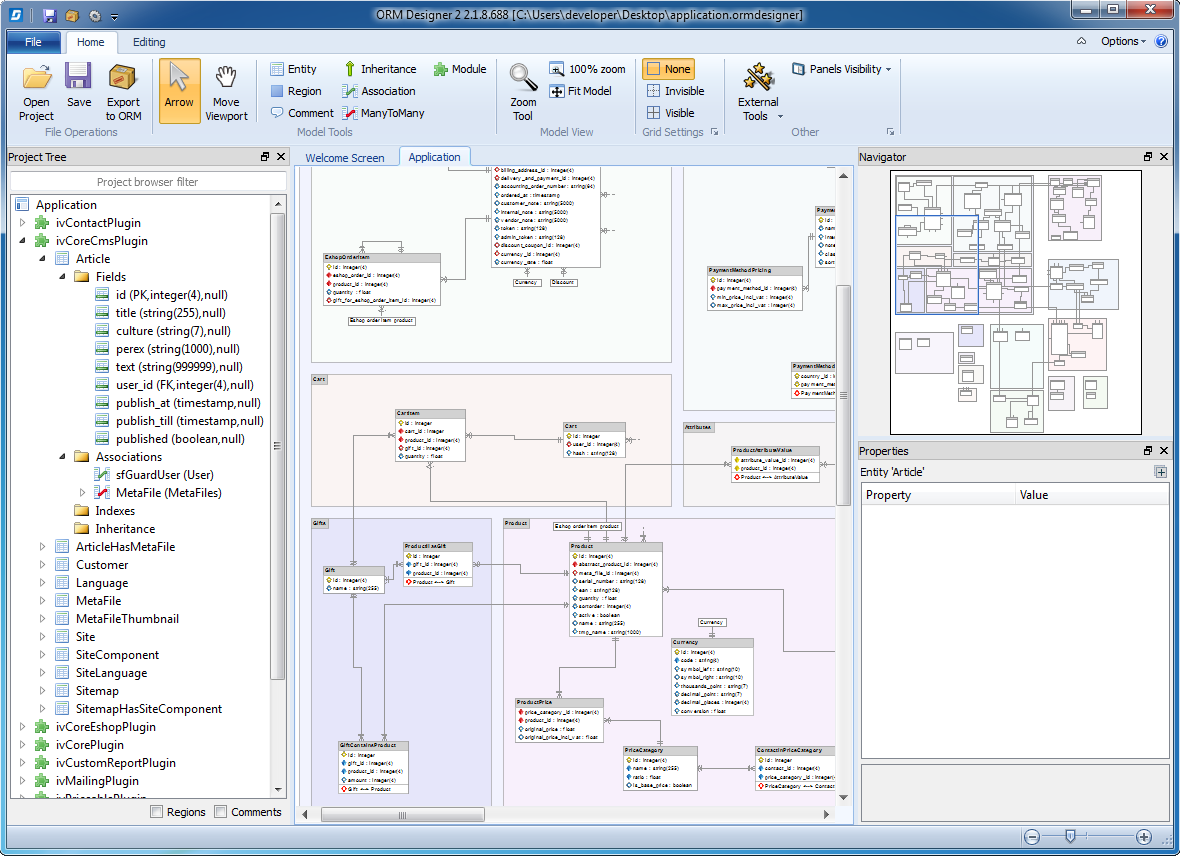 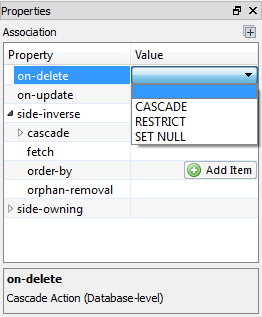