New review: ORM Designer is reliable, efficient and saves a lot of time

Hello everyone. Clément Tissier wrote a review about ORM Designer and we would like to give him our big thanks. Not everyone speaks French though, so we decided to publish it on our blog in English.

ORM Designer: Edit your entities visually in Doctrine (and others…)

Whether you develop your sites with the help of Symfony 2 and Zend frameworks or are using for example Doctrine or Propel as ORM tools, you will not want to do that without ORM Designer.

The interface of ORM Designer on MAC OS 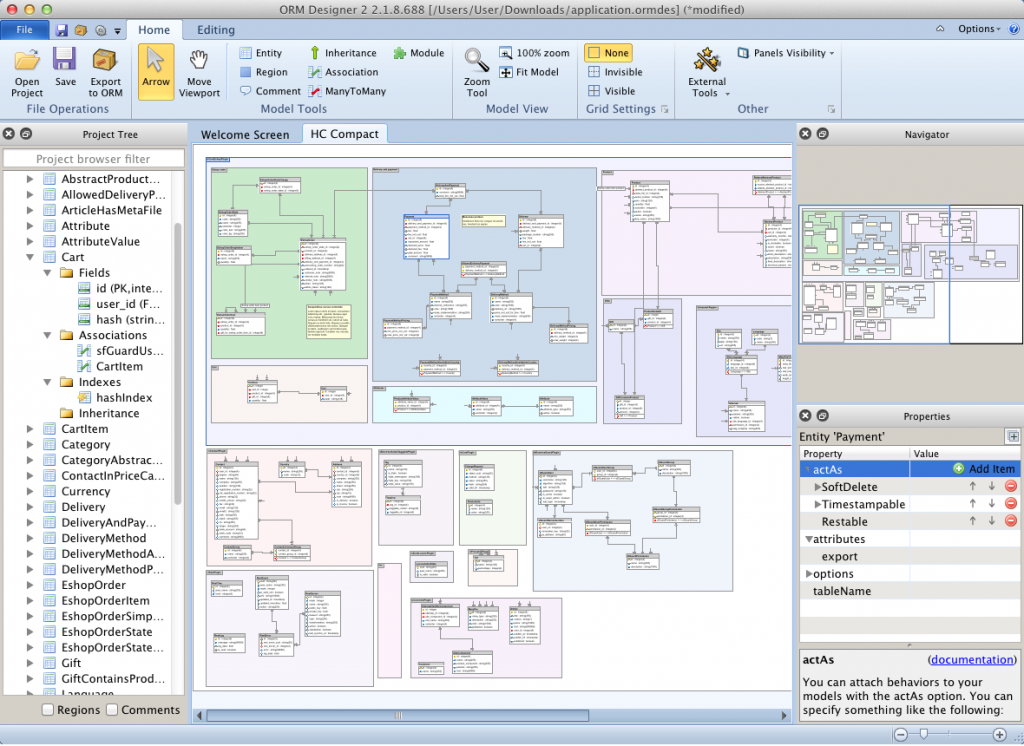 ORM Designer (http://www.orm-designer.com/, €295) is a tool that allows you to visually manage various objects in your project and their relations. Even though it is great it generates your conceptual data model (CDM) or other relational database schemas, the following feature is where you will really appreciate the power of ORM Designer: it generates schema definition files for you.

I use it mainly for projects in Symfony2 and it saves me a lot of time. In fact, it is the end of the tedious step of writing these kind of lines for a property of your entity:

If you decide to add properties or relations, you can simply make the changes in the visual editor and update files via ORM Designer. It is reliable, efficient and saves a lot of time on your projects with many objects and relationships.

Of course, its high price 295 € (excluding tax) is intended to target mainly professionals who can use it frequently. Given the time it will save to them, it is in my opinion an investment to consider.

It is compatible with following PHP frameworks:

And with these ORM frameworks:

You can download a 14 day trial version here: http://www.orm-designer.com/download-orm-designer

For original review in French, head to Clément’s blog: http://blog.amelys-info.com/2014/02/orm-designer-editez-visuellement-vos-entites-doctrine/